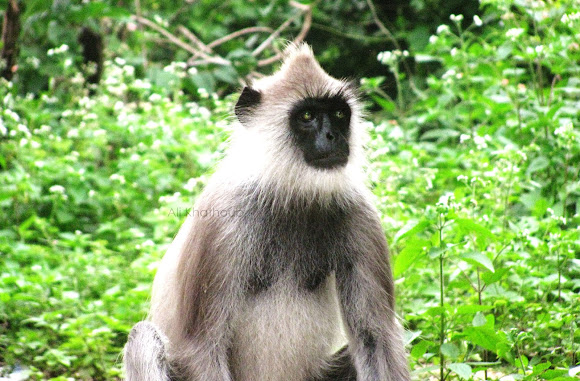 Gray langurs or Hanuman langurs, the most widespread langurs of South Asia, are a group of Old World monkeys constituting the entirety of the genus Semnopithecus. All taxa have traditionally been placed in the single species Semnopithecus entellus. In 2001, it was recommended that several distinctive former subspecies should be given full species status, so that seven species are recognized. A taxonomic classification with fewer species has also been proposed. Genetic evidence suggests that the Nilgiri langur and purple-faced langur, which usually are placed in the genus Trachypithecus, actually belong in Semnopithecus. Gray langurs are large and fairly terrestrial, inhabiting forest, open lightly wooded habitats, and urban areas on the Indian subcontinent. Most species are found at low to moderate altitudes, but the Nepal gray langur and Kashmir gray langur occur up to 4,000 metres (13,000 ft) in the Himalayas. "Hanuman" refers to the Hindu deity Hanuman.