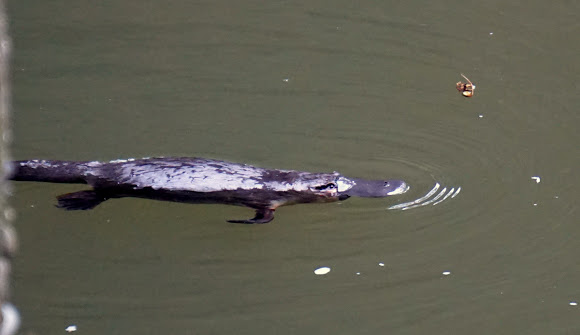 The Platypus is a uniquely Australian species. Only one of three egg-laying mammals, the combination of the duck bill, the flat tail and webbed feet have always fascinated people. A SPARE PART ANIMAL.. The oldest known platypus fossil dates to 110 million years ago. Until fairly recently there were up to five species in the Ornithorhynchus genus. The platypus is now the lone survivor in its genus.

The platypus is extinct in South Australia and even in the eastern states there is cause for concern about the population density of the platypus – rivers are drying up, areas are overfished or have had foreign fish introduced that have changed the ecosystem dynamics of their habitat. Anecdotal evidence of populations decline exists throughout the eastern seaboard of Australia, but a single intensive study has not been performed to provide the IUCN with the evidence needed to alter the classification “of least concern”. The platypus is however protected in all waters.

The platypus is the only Australian mammal known to be venomous. Adult males have a pointed spur (about 15 millimetres long) located just above the heel of each hind leg, which can be used to inject poison produced by a gland in the thigh (the crural gland). Local aboriginal stories tell of a young female duck falling in love with a lonely and persuasive water-rat to give birth to the first platypus. Indigenous people appear to have been aware that the platypus lays eggs and suckles their young, and even that the hind spur of the male is venomous.

I had no idea they were venomous!