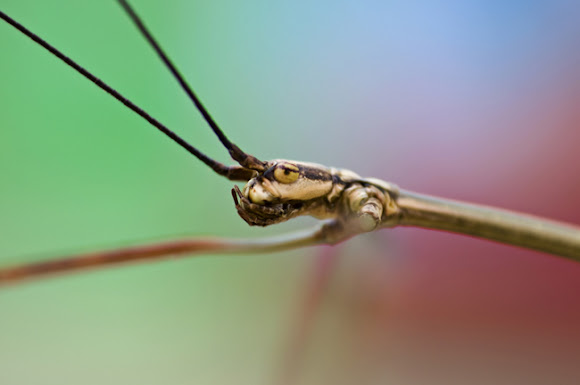 Insect that resemblance sticks or leaves. (Some have cylindrical stick-like bodies, while others have flattened, leaflike shapes).

The greatest diversity is found in Southeast Asia and South America, followed by Australia. Phasmids also have a considerable presence in the continental United States, mainly in the Southeast.