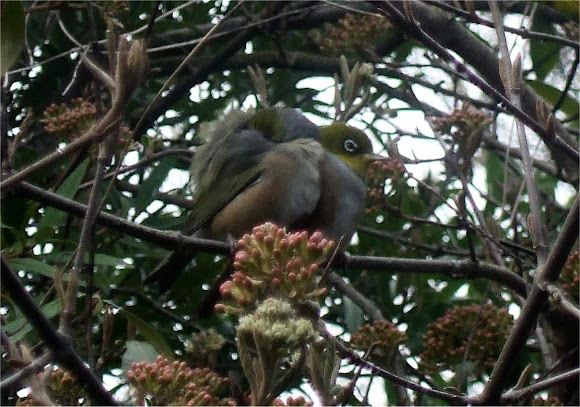 In New Zealand, the Silvereye was first recorded in 1832. It arrived in greater numbers in 1856, and it is assumed that a migrating flock was swept eastwards by a storm.[ As an apparently self-introduced bird it is protected as a native New Zealand species. Its Māori name, Tauhou, means "stranger" or more literally, "new arrival" (:wiki)

That cute pair, were frequent visitors in my back yard along with many other birds of their/and other species, at St Albans Christchurch NZ. Pics were snapped from my kitchen window :)

Great spot Despina! They are so hard to take pics of... they are so small and busy, and shy as you say. I got lucky once, one landed right in front of me... I don't think it realised I was there! http://www.projectnoah.org/spottings/161...

They're very shy birds, so I consider it as a personal victory that I snapped those pics :)
Thank you for your comment, dear @Cammie :)