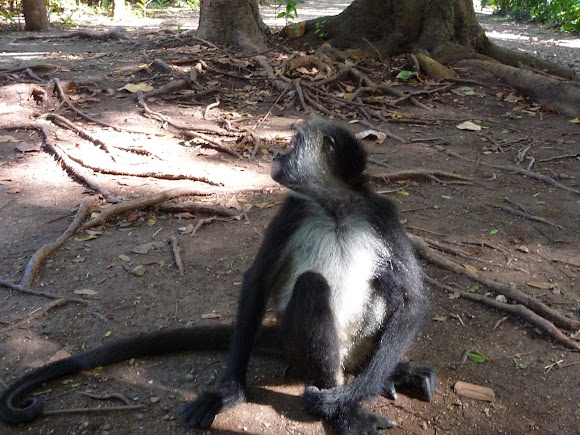 Geoffroy's spider monkey is listed as "Endangered" by the IUCN, mostly due to habitat loss.[2] It requires large tracts of primary forest to survive, so it is vulnerable to deforestation and is sometimes hunted by humans and captured for the pet trade.[15] Because of its low reproductive turnover, it cannot quickly replenish its numbers when impacted by these events.[15] As a result, Geoffroy's spider monkey has disappeared from some areas where it was once common.[15] Three subspecies are critically endangered.[30][31][32] Geoffroy's spider monkey was extirpated on Barro Colorado Island in Panama. Hunting had eliminated the native population there by 1912. However, between 1959 and 1966, an effort was made to reintroduce the species to Barro Colorado. At least 18 monkeys were reintroduced, but only five, one male and four females, survived the reintroduction. This small group has thrived, and the island population had grown to 28 monkeys by 2003. Wikipedia