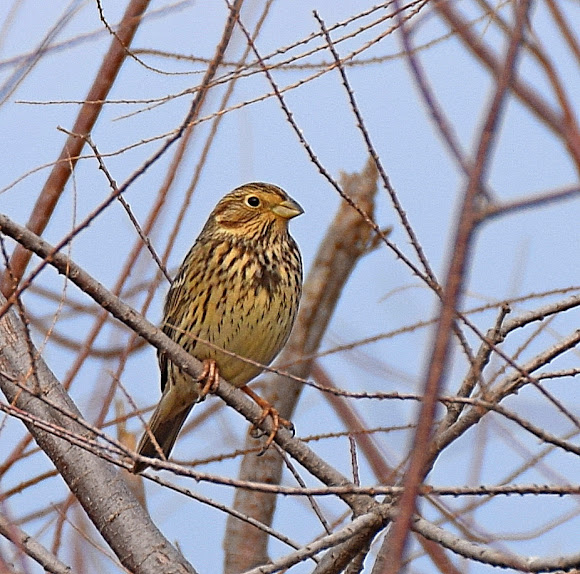 This is an unusual bunting because the sexes appear similar in plumage, although the males are approximately 20% larger than females. This large bulky bunting is 16–19 cm long, with similar plumages for the male and female, and lacks the showy male colours, especially on the head, common in the genus Emberiza. Both sexes look something like larks, with streaked grey-brown above, and whitish underparts.