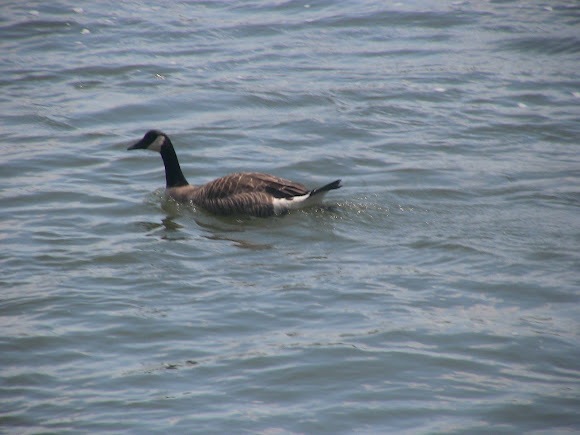 "The Canada goose (Branta canadensis) is a large wild goose species with a black head and neck, white patches on the face, and a brown body" (wikipedia).

"This species is native to North America. It breeds in Canada and the northern United States in a variety of habitats. The Great Lakes region maintains a very large population of Canada geese. Canada geese occur year-round in the southern part of their breeding range, including most of the eastern seaboard and the Pacific coast. Between California and South Carolina in the southern United States and northern Mexico, Canada geese are primarily present as migrants from further north during the winter" (wikipedia).