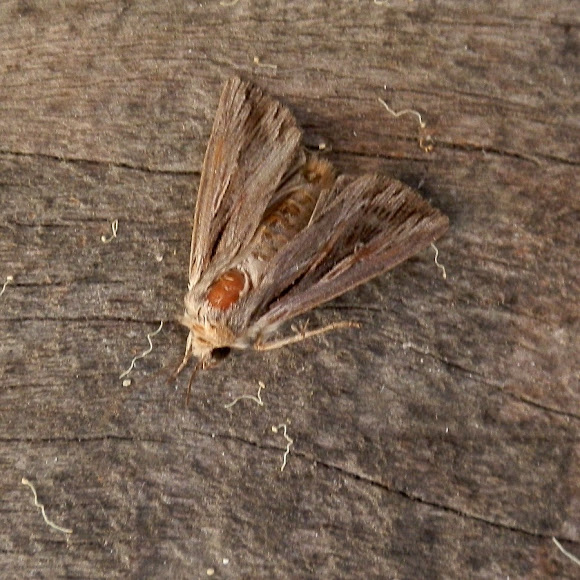 This moth was about 20mm long with streaky brown and cream forewings. Pic #2 shows the underside - the hind wings appear shorter and each wing had a wide dark patch on the underside. Some of the setae on the thorax appeared to be missing, Abdomen was thick and "furry". Eyes were dark. Antennae appeared short.

A slightly damaged moth but one I've not seen before. More information on this moth: http://lepidoptera.butterflyhouse.com.au... http://www.ces.csiro.au/aicn/system/c_28...