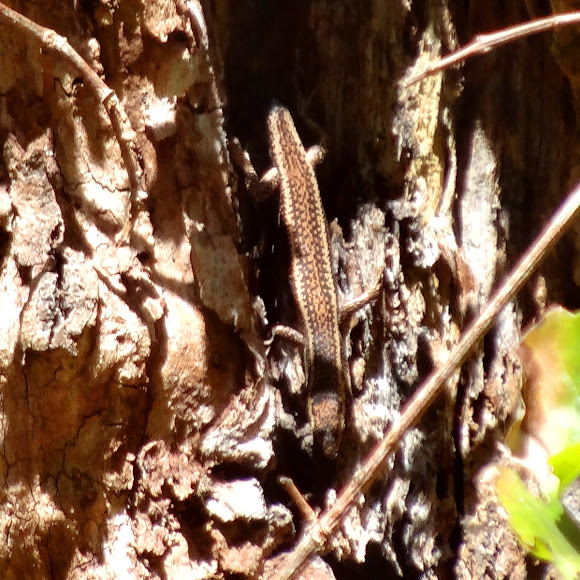 This is one of 3 skinks seen on the same tree trunk. This one had no tail but the longest tailed one was about 125mm. The markings on them are different to the common garden skinks being yellow and brown with strong lines suggested on the back.

In national park - tall moist eucalyptus forest. These lizards seemed to stay on a single trunk exploring the bark crevices.

Also called Spencer's Window-eyed Skink on EOL Distribution http://bie.ala.org.au/species/Pseudemoia... I must try to get better shots of these... might be next summer :(

Thanks heaps Nathan. I'll check it out. This is well inside national park so no walls or fences for miles :-)

Looks like a Wall/fence skink (Cryptoblepharus virgatus or pulcher, think it's recently been reclassified) . Not sure the range is that far south though.