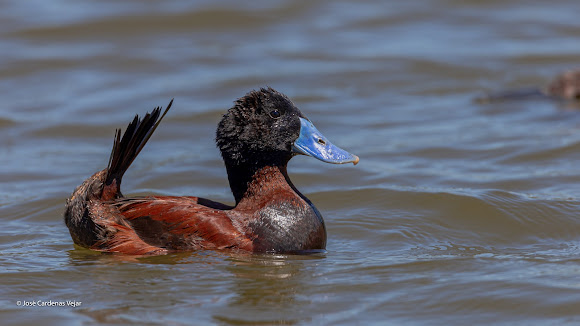 It's a duck that stays away from the shore in bodies of water and seems fearful of people. Aggressive with their peers.

Chile inhabits the entire continental territory. often associated with mountain wetlands, but also in lagoons closer to the coast of the Pacific Ocean

It can be seen in scattered groups, couples or alone. Eminently aquatic, very little comes out of the water. It is a shy duck, whose behavior resembles that of a diver. It feeds mainly on aquatic invertebrates and plant material such as seeds and sprouts. It is a silent bird, especially the female. Only in the reproductive period, the male has a very heard song, while beating his chest with his beak as a display of courtship.