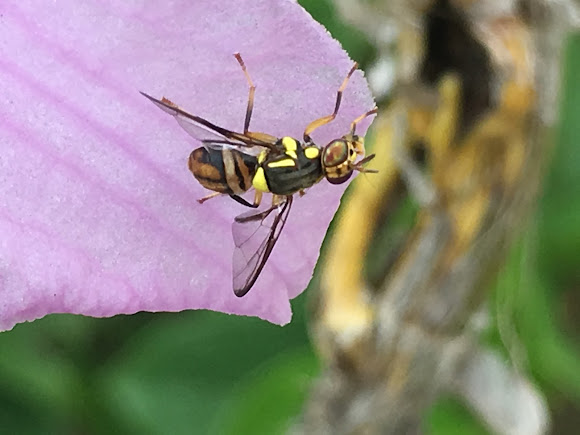 From Wiley Online Library: Bactrocera papayae Drew & Hancock, Bactrocera philippinensis Drew & Hancock, Bactrocera carambolae Drew & Hancock, and Bactrocera invadens Drew, Tsuruta & White are four horticultural pest tephritid fruit fly species that are highly similar, morphologically and genetically, to the destructive pest, the Oriental fruit fly, Bactrocera dorsalis (Hendel) (Diptera: Tephritidae). This similarity has rendered the discovery of reliable diagnostic characters problematic, which, in view of the economic importance of these taxa and the international trade implications, has resulted in ongoing difficulties for many areas of plant protection and food security. Consequently, a major international collaborative and integrated multidisciplinary research effort was initiated in 2009 to build upon existing literature with the specific aim of resolving biological species limits among B. papayae, B. philippinensis, B. carambolae, B. invadens and B. dorsalis to overcome constraints to pest management and international trade. Bactrocera philippinensis has recently been synonymized with B. papayae as a result of this initiative and this review corroborates that finding; however, the other names remain in use. While consistent characters have been found to reliably distinguish B. carambolae from B. dorsalis, B. invadens and B. papayae, no such characters have been found to differentiate the latter three putative species. We conclude that B. carambolae is a valid species and that the remaining taxa, B. dorsalis, B. invadens and B. papayae, represent the same species. Thus, we consider B. dorsalis (Hendel) as the senior synonym of B. papayae Drew and Hancock syn.n. and B. invadens Drew, Tsuruta & White syn.n. A redescription of B. dorsalis is provided.