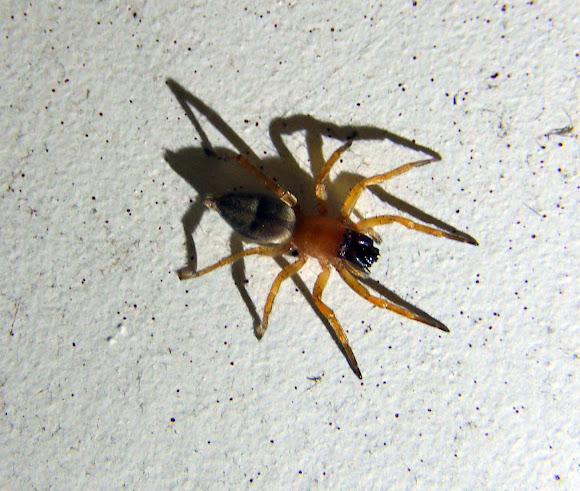 On the ceiling of a public phone booth near a light that attracts moths and beetles. The second shot is of the silk sac where the spider is resting after eating a bug that it had in both of the other shots. The phone booth is the last shot

The spider's refuge is among the aluminium that supports the domed ceiling. It is higher than most phone users would ever think to look.