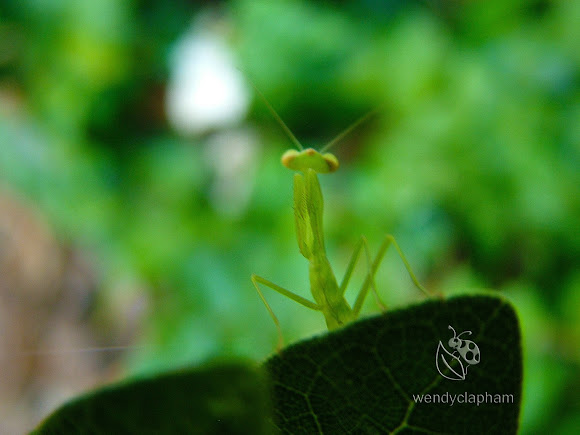 One of their Afrikaans names is Hotnotsgod – because Europeans used to believe that the Bushmen, or San, worshipped them. The San name for it is Kaggen, or Cagn, which is where the confusion crept in – Kaggen can also mean ‘god’. He certainly is seen as a deity, but he is a shape-shifter, and a praying mantis is only 1 of his many forms. There are so many stories about him. He can appear as a vulture, a snake, a hare, a human. Kaggen is a trickster, and can be wise and helpful, or mischievous and foolish. Sometimes he lives as an ordinary man doing ordinary things. But Kaggen is also a creator of life, and his favourite creation was the eland antelope. According to 1 myth, his 2 sons killed it by accident while hunting, but it was brought back to life after its blood and fat had been spilt on the ground. In fact, a herd of eland arose from it. But the eland never again trusted humans.

My pleasure Leter and thank you Riekos.I find it most interesting that such a common insect can evoke spiritual legends across so many religions/beliefs. To add there is the seven year bad luck coming your way; should you harm one....

Great pics & thanks for such interesting info!

I love your second picture.

It is ! I found some more, quite a revered little bug: Praying mantises, or mantids, have excited curiosity and stimulated beliefs and superstitions for centuries. The Greek thought that mantids were soothsayers or diviners able to foretell the future. Muslims considered them fellow worshipers of Allah that prayed with their faces toward Mecca. Many Africans worshiped mantids as gods or spirits, and considered their presence a sign of good fortune. Other peoples believed that mantids would point the way home to lost children.
The range of superstitions accorded to this insect is evident in names such as the German Gottesanberin, which suggests their mystical powers; "devil's horse," because of their defensive rearing posture; and "mule killer," from the bizarre notion that their saliva could kill a mule. Their common name, mantis, is derived from a Greek word meaning prophet or seer, while the scientific name Mantis religiosa, bestowed on them by the Swedish biologist Carolus Linnaeus, refers to the "praying" posture these animals assume when hunting.

Interesting information for such small insect!