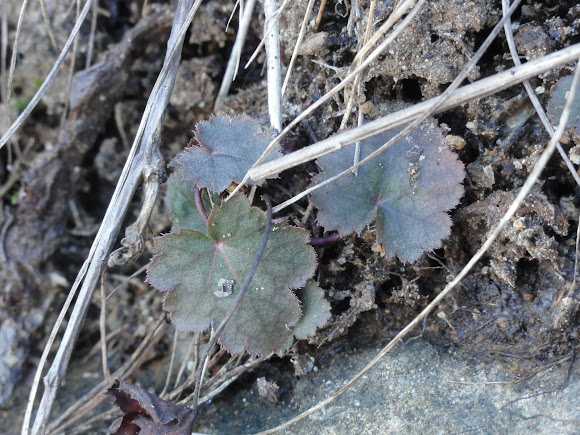 The genus Heuchera (pron.: /ˈhjuːkɨrə/)[1] includes at least 50 species of herbaceous perennial plants in the family Saxifragaceae, all native to North America. Common names include alumroot and coral bells. They have palmately lobed leaves on long petioles, and a thick, woody rootstock. The genus was named after Johann Heinrich von Heucher (1677–1746), an 18th century German physician. Alumroot species grow in varied habitats, so some species look quite different from one another, and have varying preferences regarding temperature, soil, and other natural factors. H. maxima is found on the Channel Islands of California, where it grows on rocky, windy, saline-washed ocean shores. H. sanguinea, called coral bells because of its terra cotta-colored flowers, can be found in the warm, dry canyons of Arizona.