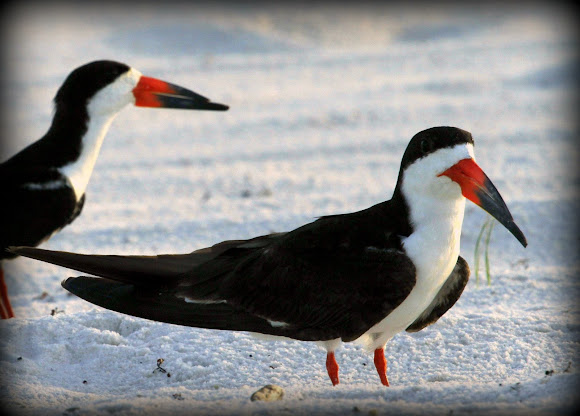 Medium sized sea bird with black and white body and red and black beak. Young have speckled back with white chest.

A protected area on Pensacola Beach Florida were full of nesting adults and baby black skimmers (early July).Even though I was several yards away from the nesting site, the adults were very protective of their babies and would fly at me in groups trying to scare me away. I also met a volunteer who helps protect the wildlife at the beach, and explained that Florida has them listed as a 'concerned species' with less and less habitat in the United States for breeding/nesting.

Thank you. I am very honored to be nominated!

Great series of photos, so useful to have mature and immature birds side by side. Love the light through the bill on the third photo. Congratulations on nomination.