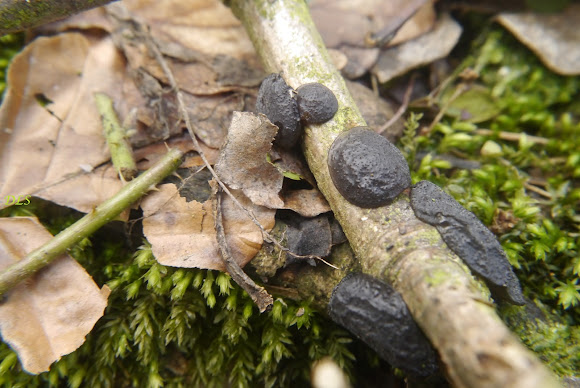 The fungus is ball-shaped, with a hard, friable, shiny black fruiting body 2 to 7 centimeters wide. It resembles a chunk of coal, which gives it several of its common names, including coal fungus and carbon balls. According to legend, King Alfred once hid out in a countryside homestead during war, and was put in charge of removing baking from the oven when it was done. He fell asleep and the cakes burned. Daldinia concentrica is said to resemble a cake left to this fate

not sent to BMS