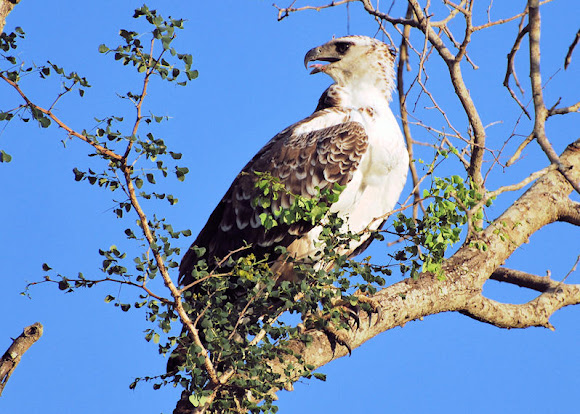 The Martial Eagle is one of the world's most powerful avian predators. They are the largest of the African eagles and incredibly powerful, capable of knocking an adult man off his feet. They reputedly have enough power in one foot to break a man's arm. The largest eagle in Africa, the Martial eagle weighs in at almost 14 pounds (6.5 Kg.) and has a wingspan of about 6 feet 4 inches. It is 32 inches long.

The Martial Eagle is to be found in the savannah and thornbush areas of Africa south of the Sahara, from Senegal to Somalia and south to the Cape. This one I spotted in Kruger National Park, South Africa.