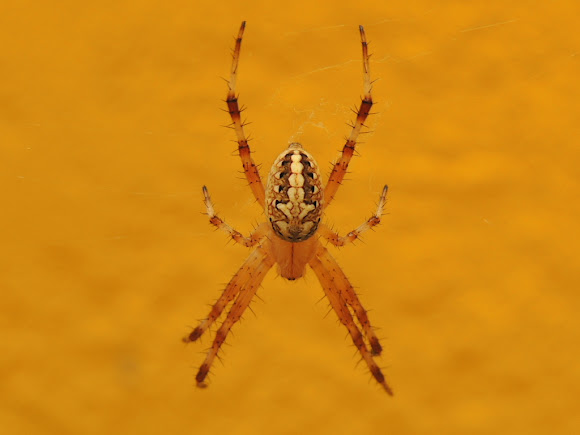 An Orb Weaver spider, sitting perfectly still in the center of it's web. For the past couple of weeks I've been seeing this guy daily. It resides in my solarium where I keep some potted plants. Once, while watering my plants, I accidentally broke its web and it quickly ran to a bougainvillea leaf where the edge of its web is attached. I felt bad, but knew no harm was done as he sat on the leaf. Later that day while I was passing by I noticed the spider was once again suspended but this time it was very much at work re-building its web. Running, half-haggardly in a circle it was nearly done. Today I notice him sitting perfectly in the center again and took the opportunity to take a photo.

In my solarium/garden between several large potted bougainvilleas.