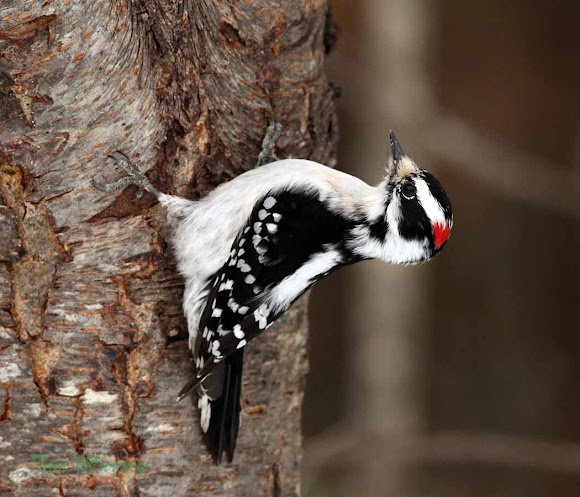 In winter Downy Woodpeckers are frequent members of mixed species flocks. Advantages of flocking include having to spend less time watching out for predators and better luck finding food from having other birds around. Male and female Downy Woodpeckers divide up where they look for food in winter. Males feed more on small branches and weed stems, and females feed on larger branches and trunks. Males keep females from foraging in the more productive spots. When researchers have removed males from a woodlot, females have responded by feeding along smaller branches. (Cornell)

Jennifer this guy was moving back and forth on the tree trunk and I caught him leaning back as far as he could go:-)

I spotted a Downy Woodpecker here in Michigan today, it is interesting to compare the differences.