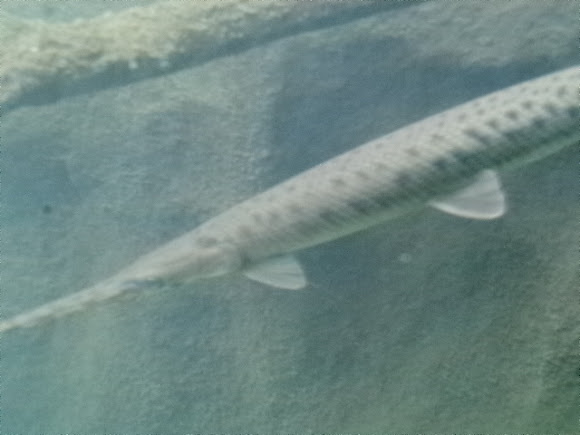 Another ancient fish, this is the longnose gar found at the Sedgwick Zoo. They have suffered a decline in population from human manipulation of water systems but remain at Least Concern. I remember going rafting in Kentucky and having these fish jump out of the water at me. Good times. My family made them out like a North American barricuda but they're a lot less dangerous than one would be led to believe.