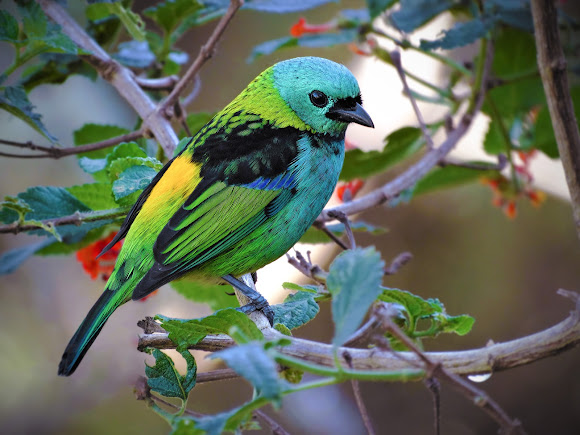 The green-headed tanager (Tangara seledon) is a bird found in the Atlantic forest in south-eastern Brazil, far eastern Paraguay, and far north-eastern Argentina (Misiones only).

As other members of the genus Tangara, it is a small colorful bird, measuring an average of 13.5 centimeters (5.3 in). While essentially a bird of humid forests, it is also common in orchards and parks,[2] where it moves through the canopy, making itself inconspicuous, as its apparently flashy blue-green coloration camouflages it well amongst the foliage.