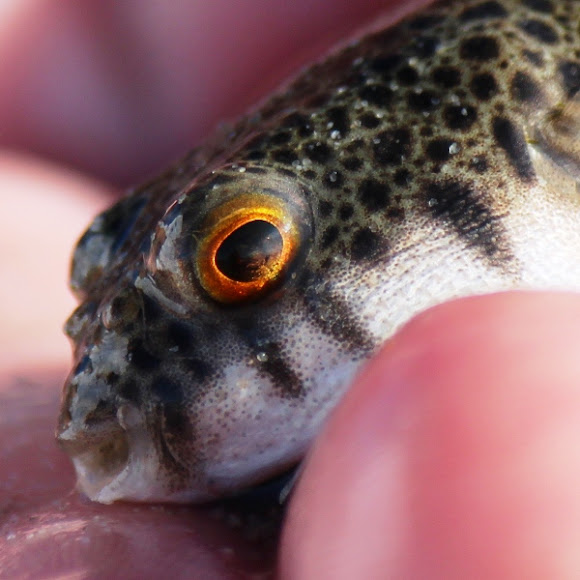 My husband found this little toadfish in a puddle in the tidal sand flats at Poverty Point in the Great Sandy National Park. (Don't worry, we put him back after taking this pic!) These fish are commonly seen in shallow coastal waters and estuaries along the eastern Australian coastline. It often buries itself in sand with only its eyes exposed. Apparently it is highly toxic and should not be eaten.