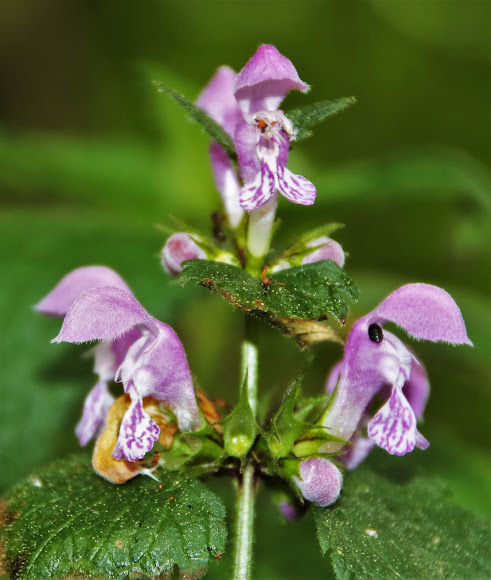 This dead-nettle is a prostrate, spreading herbaceous perennial, variable in terms of leaf size and shape and flower colours. It reaches on average 20–80 centimetres in height, with erect stems, branched at the base only. Leaves are nettle shaped, flowers come in inflorescences of 2 to 8 rose or pink flowers.

Common European species, found in a variety of habitats from open grassland to woodland, generally on moist, fertile soils up to 1200m of altitude. Here, found on edges of a beautiful Bagasse forest (deciduous, predominantly oak, forest) on France-Switzerland border, in a valley of lake Geneva, just in between Jura and Alps mountains ranges. Found growing in shade of trees bordering a walking path in between one field and one pasture.

Young leaves can be eaten as a salade; but are much less tasty than those of Common nettle.