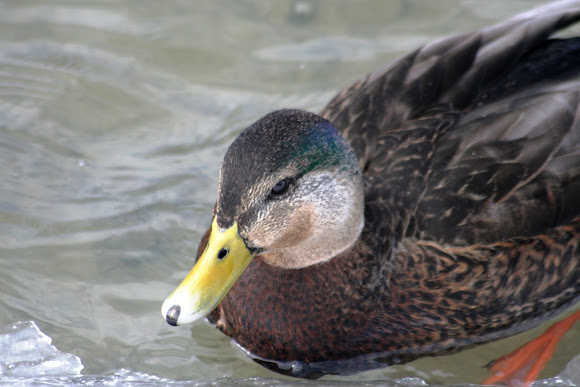 A larger-sized dabbling duck that closely resembles a Mallards in size, and female Mallards in colour. They even tend to flock together with Mallards. But unlike Mallards, they are brown in colour and have a gray head. The males have a yellow bill (like this one), while the females have a greenish bill.

They are found throughout eastern North America. This one was spotted in the Humber River in Toronto, swimming among a large group of Mallards.

These ducks have been declining in numbers, but have been increasingly hybridizing with Mallards.

hmmm i think you're right Jellis! it does match the description, and they have been spotted in that region before. thank you!