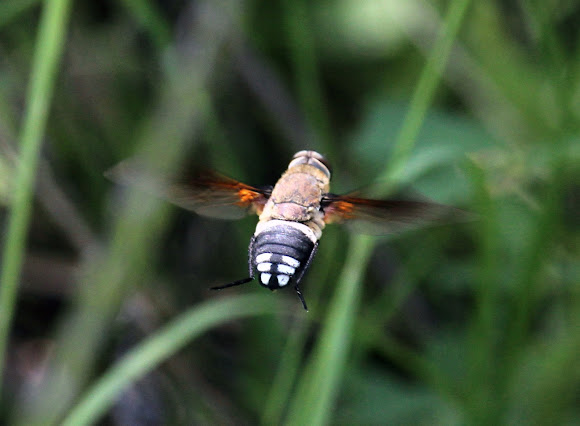 The Bee Fly in the first photo was quite large. It was chasing a smaller one, landing close to where it would land, then followed it, flying close. I think they were in love :)