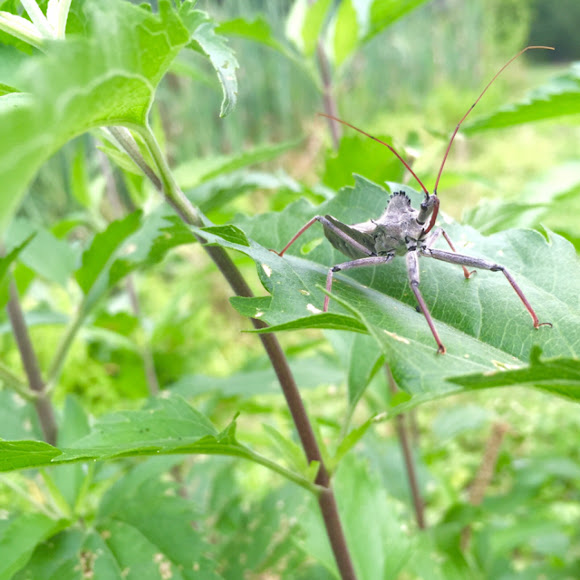 The Reduviidae are a large cosmopolitan family of the order Hemiptera (true bugs). They are slightly unusual among the Hemiptera because almost all are terrestrial ambush predators(most other predatory Hemiptera are aquatic). The main examples of non-predatory Reduviidae are some blood-sucking ectoparasites in the subfamily Triatominae. Though there are spectacular exceptions, most members of the family are fairly easily recognisable: they have a relatively narrow neck, sturdy build and formidable curved proboscis (sometimes called a rostrum). Large specimens should be handled with caution, if at all, because they sometimes defend themselves with a very painful stab from the proboscis.