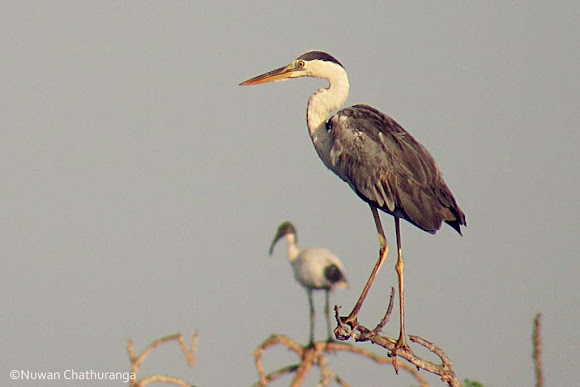 A common breeding resident of dry lowland marshes, lagoons, tanks, mangroves and estuaries. Rare in wet lowlands and hills. It feeds on fish usually as solitary birds but at times as large flocks when fish density is high in an area. Grey Heron is more active during dawn and dusk. Its breeding season lasts from December to April and builds a nest – a large mass of sticks – placed among the branches of a tree growing in shallow water usually with other water birds known as heronries.

Its a Black-headed Ibis Threskiornis melanocephalus in the background.

is that an indian stork in the background?