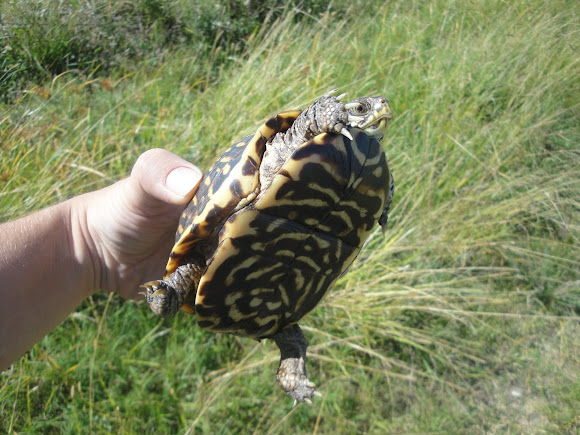 Box turtles are NOT marine turtles and they don't like swimming. They do like prairie and pastureland, and on Matagorda Island I find them crossing the road between coastal grassland prairie (which has a lot of little bluestem).

Matagorda Island is managed by the Aransas NWR. I know this is kind of an old photo, but I hadn't posted an ornate box turtle pic yet. I wish I had a more recent pic, but to be honest, I haven't seen a box turtle in a long time. This could be because of drought conditions in the past few years, or because I haven't been spending as much time on MI as I used to...