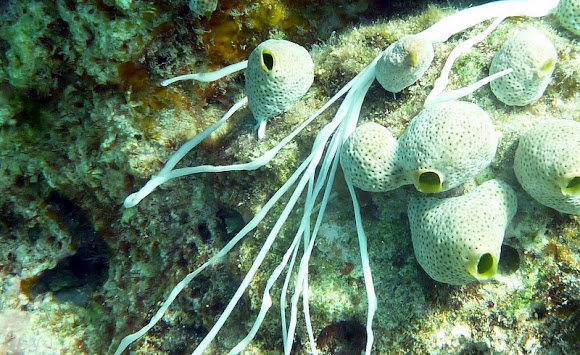 You’re at the Star Wars Intergalactic Conference where you must meet the delegate from the Spaghetti Worm Planet. This is the first time they have sent a delegation and you are forced to control the look of amazement as you enter their chamber and see a dozen thin white strands crisscrossed around the room. One is outstretched onto the refreshment table lying on a plate of what looks like rice and as you watch the grains are moving along the strand as if on a conveyor belt. Another strand is wrapped around a kind of knobbly computer module, a couple more look as though they are dancing in the air and the rest are independently exploring the chamber. You clear your throat to politely indicate your presence and all of the tentacles disappear into a gap under the covers of the bed. A moment later a giant tube-being emerges from under the covers and its tentacles come groping for you, lassoing themselves around your body until they intertwine with your hair. They seem to shiver and retreat again and the translator Droid states, ‘the eminence apologises for showing such surprise at your damaged tentacles, it hopes they will not remain so’. Guardian: Peta Morton