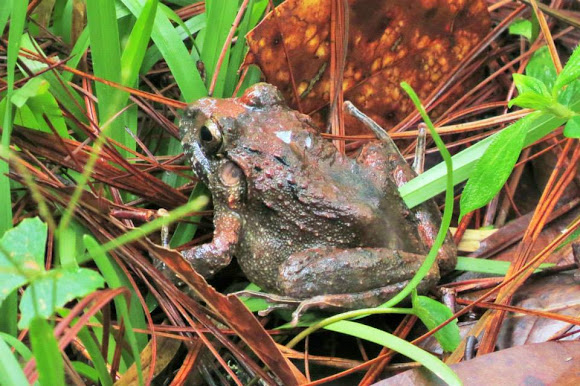 Listed as Critically Endangered because of a drastic population decline, estimated to be more than 80% over the last three generations, inferred from the apparent disappearance of most of the population (probably due to chytridiomycosis); and because its Area of Occupancy is less than 10 km2, all individuals are in a single location, and there is continuing decline in the number of mature individuals. This species is known from the Río Choluteca watershed from Cerro La Tigra and Cerro Uyuca to El Zamorano in south-central Honduras at elevations of 800-2,000m asl.

The preferred habitat of this species is premontane and lower montane moist forest. It occurs in leaf-litter, and has been collected along streams and in a citrus grove away from streams. Reproduction occurs by direct development. Terrestrial; Freshwater