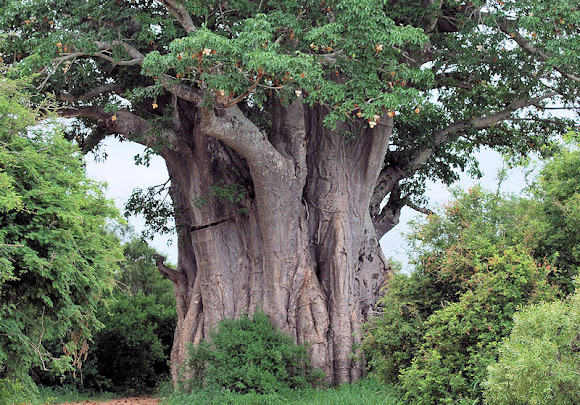 This Baobab tree is recorded as the southern-most in Africa, in the Kruger National park . The Baobab tree, called the "upside-down tree," is one of the oldest living trees. Some claim they can live up to 3,000 years old.

I find this huge Baobab , most southerly Baobab tree in the Kruger Park and is located just off the H1-3 just up Nord form Kumana Dam, frst gravel road form left side. (Lat: -24.62, Long: 31.79) It was in full season of flowering...

The Little Prince - by Saint-Exupéry, a laureate of several of France's highest literary awards and a reserve military pilot at the start of the Second World War, wrote and illustrated the manuscript while exiled in the United States after the Fall of France. The novella is both the most read and most translated book in the French language, and was voted the best book of the 20th century in France. The upside-down tree - baobab - was one of the wonders in this ferry tale... That is how I for the first time learned about Baobab...

Wow, I also first learned about the Baobab from The Little Prince. Nice of you to share that. :)

WOW! What a fantastic tree.