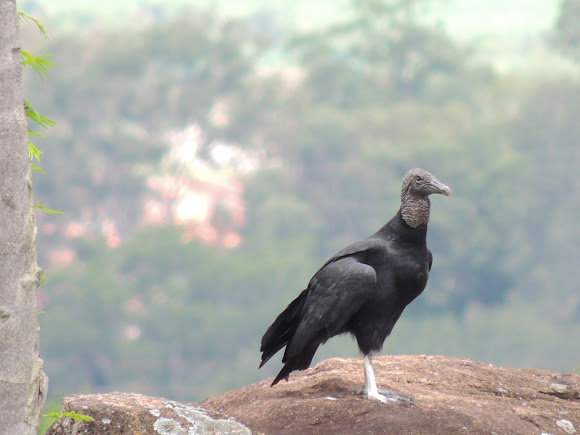 Among the vultures, is the with smaller scale, with about 143cm. To differentiate it from the other vultures in flight, there is shorter format and rounded wings with the tip kept a little ahead of the head. Near the end of each wing, they form a brighter area, almost a circle. Except for this lighter area, adults are totally black, even the bare skin of the head and neck.

In the natural environment, feeding on the same carcasses of other species. Nearby houses, seeking food scraps and parts of slaughtered livestock.

Despite its size, is the most aggressive small vultures, eagerly vying for a carcass with the other species. Don't have the sense of smell of the genus "Cathartes", locating carrion by sight directly or observing others alighting vultures to eat.

Thank you "alicelongmartin"! My city has many hills and reliefs. Old extinct volcanic formations contribute to the scenery with reliefs...

Pretty scenery to go with your Vulture