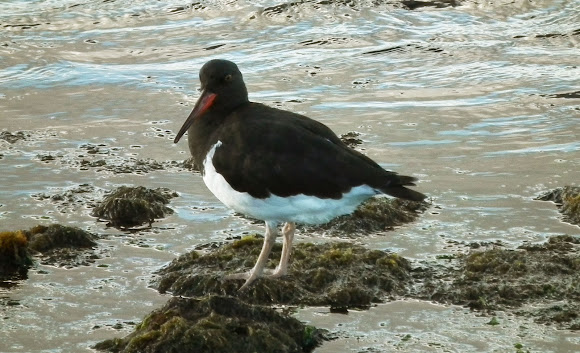 Very similar to the common pied oystercatcher found in Europe, but its range covers Argentina, Chile and the Falkland Islands. They are very aggressive when nesting, and will even give chase to humans that come too close to their young. Fairly common.

Usually found along estuaries, sandy shores and lakes. They were quite common along the coast around Stanley.

To me, they seemed larger than the oystercatchers that frequent the estuary near my home in the UK, but they're actually about the same length. I think they look bulkier than the European one. I spotted these while walking into Stanley from the harbour.

Awesome! I love the red beak!

Nice Laura! Agree, they look bulkier. Maybe it's the chunky legs that do it?