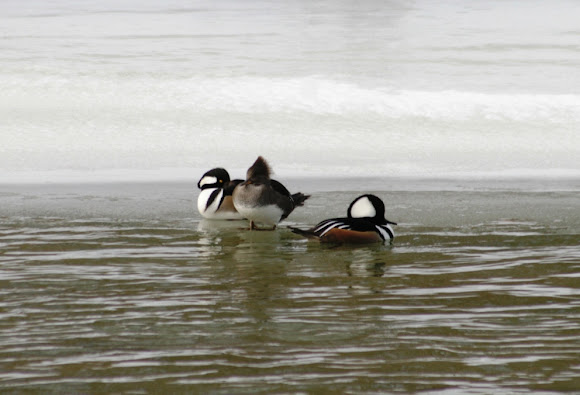 A small-sized duck. Male and female can both be seen -- the male with the white and black crest, and the females with a poofy brown crest atop the head. These crests are collapsible, but when up, make the duck's head look rather large.

Found through southern Canada and the States. These guys were spotted floating along in the Humber River in Toronto.

You're welcome! These are such pretty ducks and always a treat to see :)

thank you! and thank you ashley for the ID. )