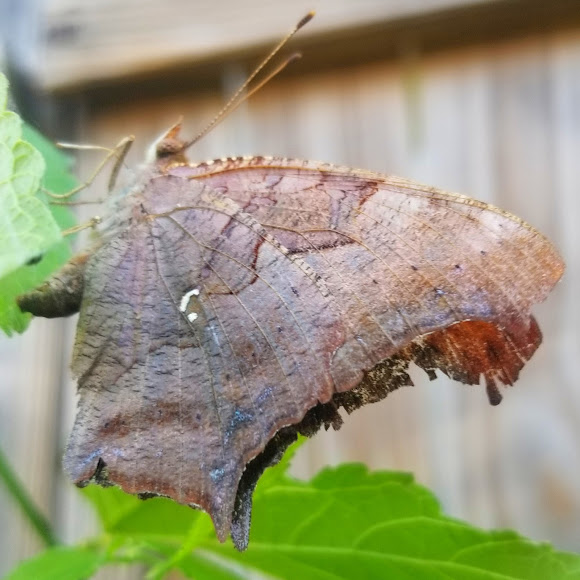 It was a female question mark butterfly that was laying eggs on some Hackberry, (celtis). This one was about 1 month old female. The eggs can be seen on the end of the abdomen at the second picture. This species is called the question mark because of the silver mark on both of the hindwings.

This species has been found in southern Canada and all of the eastern United States except peninsular Florida, west to the eastern edge of the Rocky Mountains, south to southern Arizona and Mexico. It is known to be migratory.