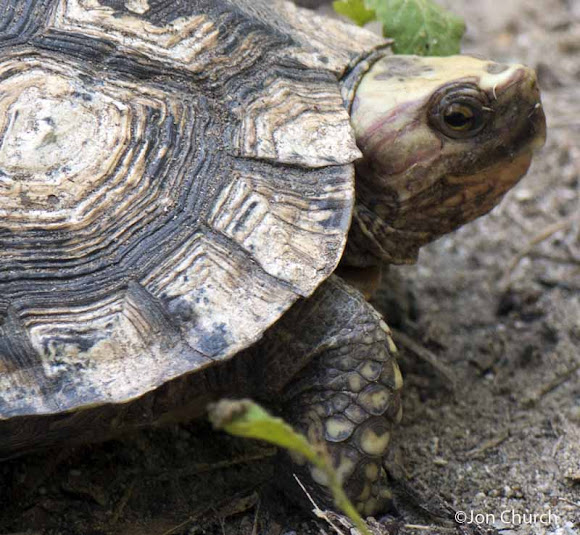 The Mexican spotted wood turtle (Rhinoclemmys rubida) or Mexican spotted terrapin is a species of turtle in the family Geoemydidae. It is endemic to Mexico. Maximum size up to 23.0 cm CL in males, 17.9 cm in females (Ernst in Smith and Smith 1979).

Habitat and Ecology: R. rubida inhabits tropical semi-deciduous lowland areas, where they have been recorded from rocky hillsides, near streams in lowland scrub forest, from coastal woodlands, from thorn scrub; and from the ecotone between dry forest and pine-oak forest (Mosimann and Rabb 1953, Peterson et al. 2004). Also in moist mid-elevation habitat. Seen once near pastures, but tolerance to disturbance not completely understood. Presumably feeds mainly on fruits and vegetation shoots, with opportunistic consumption of animal matter (Carr CBFT Manuscript). Apparently active mainly or only during the June-November wet season (Iverson in Groombridge 1982). Systems: Terrestrial; Freshwater