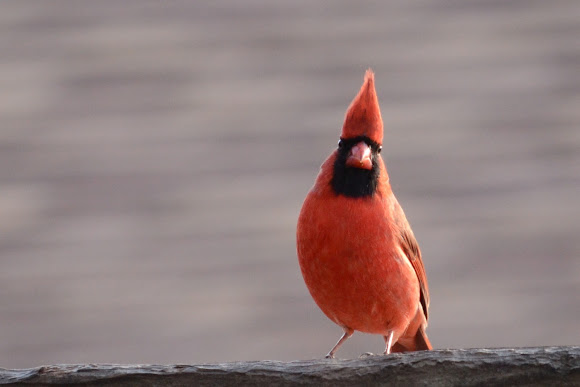 A male Northern Cardinal perched on a deck wall

In a backyard in a suburb of the Twin Cities, in trees, at feeding stations or feeders, on the ground and at the bird bath

For some reason my mom's Northern Cardinals only feed at dusk and dawn whereas up here (Battle Lake) 3.5 hours north-west of there, they feed throughout the day and are far less numerous than in my mother's neighborhood. We may be on their northern-most region, perhaps? I also tend to see more males than females up here unlike in Apple Valley where they seem more equally numbered to the males. Like the Rose-breasted Grosbeaks, Northern Cardinals seem to prefer Safflower Seed at the feeders but I have seen them take Black-oil Sunflower Seed as well.