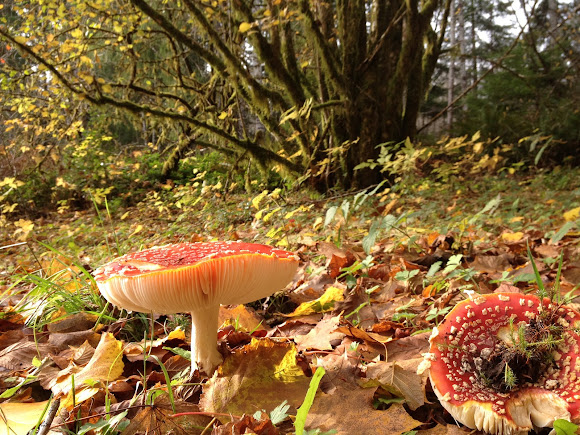 "Amanita muscaria is a cosmopolitan mushroom, native to conifer and deciduous woodlands throughout the temperate and boreal regions of the Northern Hemisphere." (wikipedia quote) I found these mushroom under my chestnut trees, which are in the middle of a douglas fir and hemlock forest.

I've lived in Western Washington all my life, and I have never seen mushrooms like these (other than in books). They're so pretty!