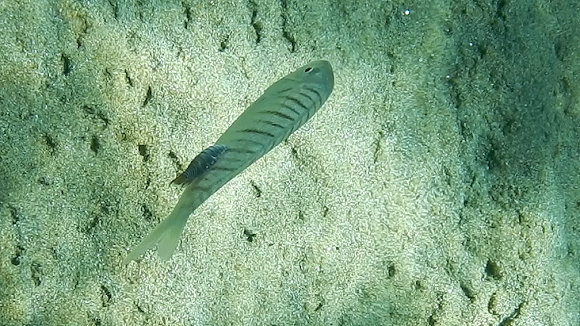 Greek name: Μουρμούρα The sand steenbras or striped seabream (Lithognathus mormyrus) is a species of marine fish in the family Sparidae. It is found in shallow water in the Mediterranean Sea and in the eastern Atlantic Ocean from France to South Africa. It also occurs in the Red Sea and off the coast of Mozambique in the Indian Ocean. The IUCN has assessed its conservation status as being of "least concern".