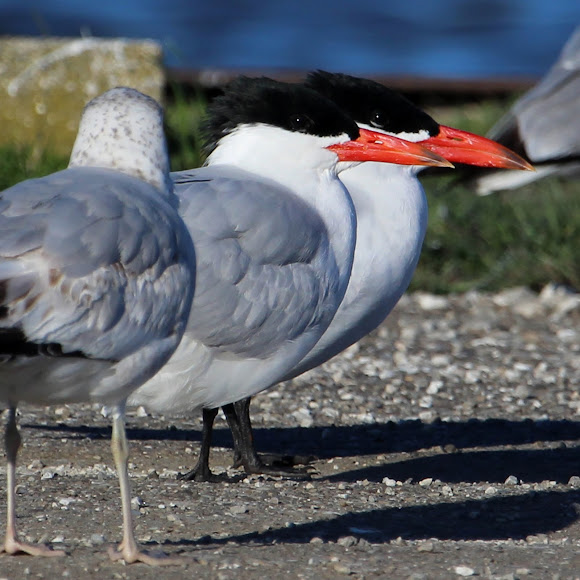 On this particular morning, I found four Caspian Terns among dozens of various gulls near a Great Lakes boat launch.

Marshy mouth of Lake Erie and the Huron River.

As large as a big gull, the Caspian Tern is the largest Tern in the world. It's large coral red bill makes it one of the most easily identified terns throughout its worldwide range. It is typically monogamous, with the male bird displaying with bowing movements of the head and offerings of fish to attract a female mate. The nest is a simple depression made in sand, gravel, a layer of shells, ground vegetation or dried mud.