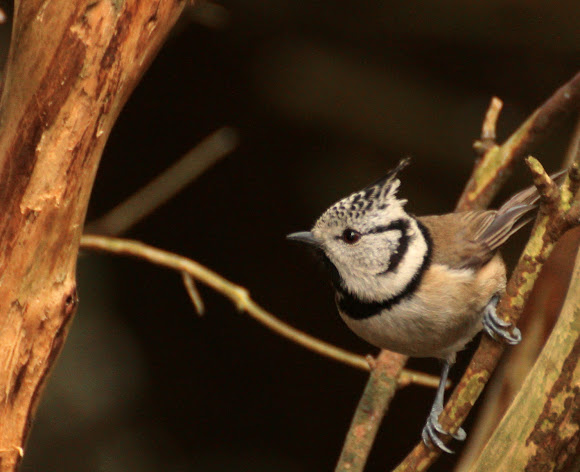 The European Crested Tit, or simply Crested Tit, Lophophanes cristatus (formerly Parus cristatus), is a passerine bird in the tit family Paridae. It is a widespread and common resident breeder in coniferous forests throughout central and northern Europe and in deciduous woodland in France and the Iberian peninsula. In Great Britain, it is chiefly restricted to the ancient pinewoods of Inverness and Strathspey in Scotland, and seldom strays far from its haunts. A few vagrant Crested Tits have been seen in England. It is resident, and most individuals do not migrate.

My parents garden, near Münster, Germany.