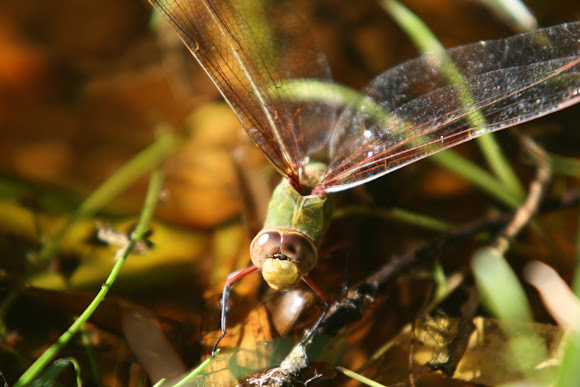 The Orange Emperor, the name says it all. This is the largest Dragonfly I have ever seen.

The Orange Emperor (Anax speratus) occurs from some areas of west, east and central Africa into South Africa. It is a large and conspicuous Anax which may be frequently seen flying, but seldom perching. Its natural habitats are rivers, intermittent rivers, and freshwater springs.