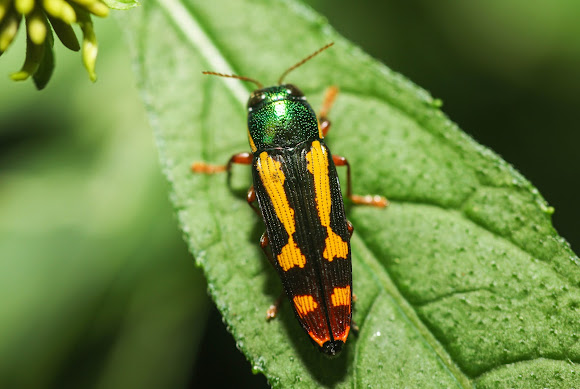 Medium sized Metallic Wood Boring beetle. This is the first time the species has been found in the state (as far as I can tell.) This specimen also has abnormal markings which may suggest a new subspecies. Found on Iowa State University's campus.

Specimen was collected and will be brought to the entomology department on campus for further identification.

bayucca- the servers for bugguide are about 2 blocks down the street from where this was found. ;)

Lucky guy! Cannot imagine another one. Ask the guys on the campus, since bugguide is located/hosted by the ISU!! They definitely should confirm it. So you actually are right at the right place ;-)...