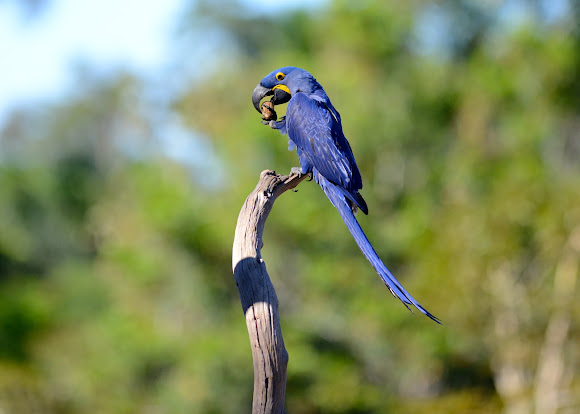 The Hyacinth macaw is a parrot native to central and eastern South America. With a length (from the top of its head to the tip of its long pointed tail) of about 100 cm (3.3 ft) it is longer than any other species of parrot. It is the largest macaw and the largest flying parrot species Status: Endangered

In different areas of their range these parrots are found in savannah grasslands, in dry thorn forest known as 'caatinga', and in palm stands. The Pantanal is a vast area of swampland formed by the flooding of the Paraguay basin; here, hyacinth macaws are found amongst palm-savannahs