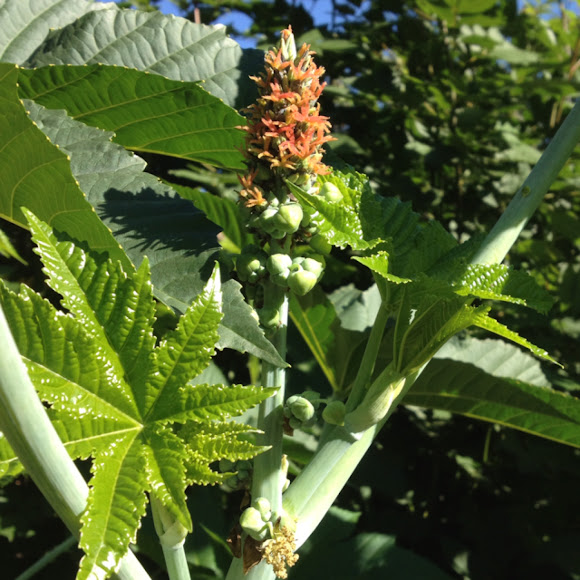 Seeds are source of both castor oil and ricin, a toxin. Four to eight seeds may be enough for a lethal adult dose. Symptoms include: "nausea, diarrhea, tachycardia, hypotension and seizures persisting for up to a week." Extracts from leaves and pericarp have been shown to have medicinal affects, such as antimicrobial and hepatoprotective properties.

Invasive species in some areas of the United States, including California.