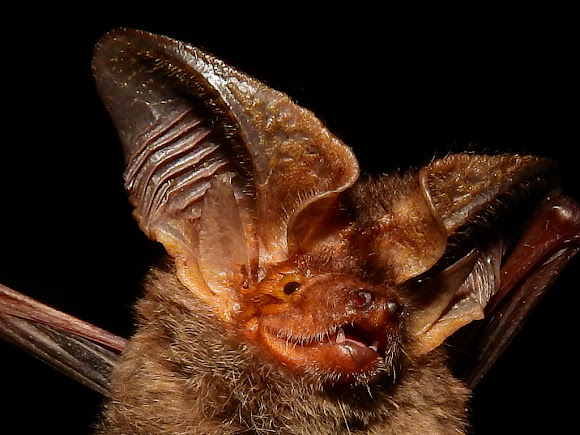 We found this specimen near a lake, in a region of transition between the Cerrado and Atlantic Forest.

Me and some friends have a researches with bats. It's a survey of species caught along the area of an University in a Minas Gerais city. The "Histiotus sp." have a insetivorous diet and, how you can see, long hears, that is a survivey method that improves the "power" of the ecolocalization/biosonar. But, a thing that calls me atention is his pennis. his pennis have a mushroom-like form, and its yellow or orange.

Oh! Cool!
I was working and didn't saw the nominated!
Yeay! Thank you guys!

Congratulations Leonardo, this fantastic series of shots and observations has earned you a Spotting of the Week!