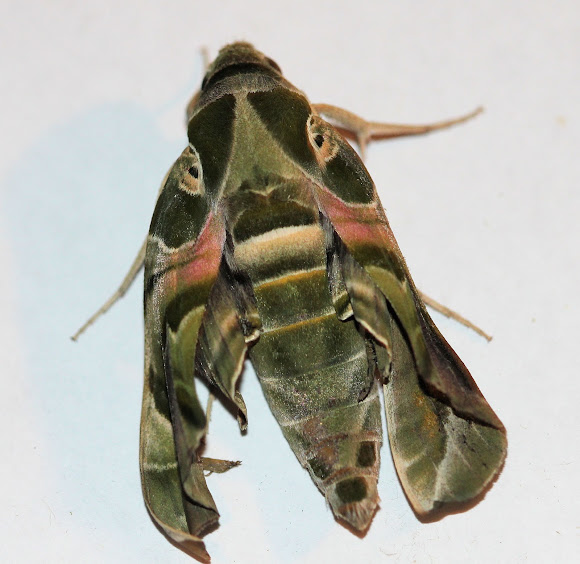 Of the four cocoons I collected 09/07/2015 at 4 PM, one of the moths emerged from one of the three similar cocoons about 8 pm. Here's the link to the photos of those cocoons: http://www.projectnoah.org/spottings/182... This is definitely an Oleander Hawk Moth. See reference below. These photos were taken about five hours after the moth had emerged from its cocoon. As you can see, its wings are still not completely unfolded.While taking these photos he was flexing his wings and flapping them but wasn't yet flying. I will hold this one over night and release him in the morning.

Reference: https://en.wikipedia.org/wiki/Daphnis_ne... The object of this entire exercise was to identify the green caterpillars I found on 18 August 2015 on a Madagascar Rosy Periwinkle plant. See http://www.projectnoah.org/spottings/179...