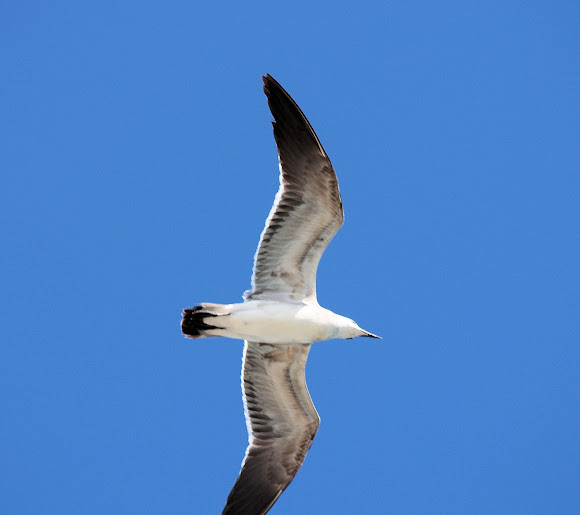 The Laughing Gull (Leucophaeus atricilla) is a medium-sized gull of North and South America. It breeds on the Atlantic coast of North America, the Caribbean, and northern South America. Northernmost populations migrate further south in winter, and this species occurs as a rare vagrant to western Europe. (There was an influx into North-west Europe in late October 2005 when at least 18, possibly as many as 35, individuals occurred on one day in the UK alone.) The Laughing Gull's English name is derived from its raucous kee-agh call, which sounds like a high-pitched laugh "ha... ha... ha...".

I never can get the Laughing Gull. I think of it in mating plumage and forget it looks like this, too.

No worries! It's the basic plumage that throws me

Thank you @AliceGreenup. I have had the Laughing Gull a few times on Noah and can't seem to recognize it.