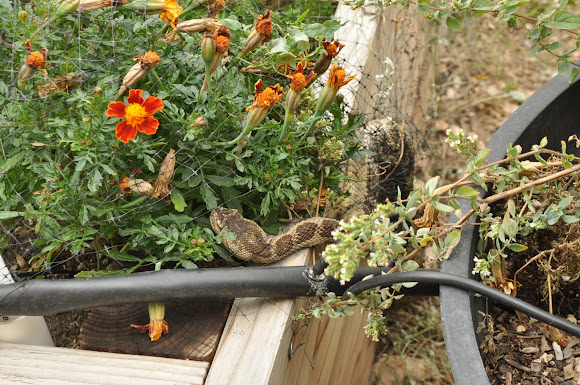 Inhabits the dry and barren areas of the Great Basin region, being found on hills, summits and old lake benches. They are said to prefer southern exposures among rocks and boulders on hillsides and buttes, low foothills, mountainsides, open deserts, alfalfa fields and valley floors.[3]

this bugger was in my vegetable garden and tangled in the netting. and it did rattle at us!!

sadly we couldnt. it was so, so tangled. we were afraid of getting bitten.

Ah, were you able to free it? That netting is nasty stuff.