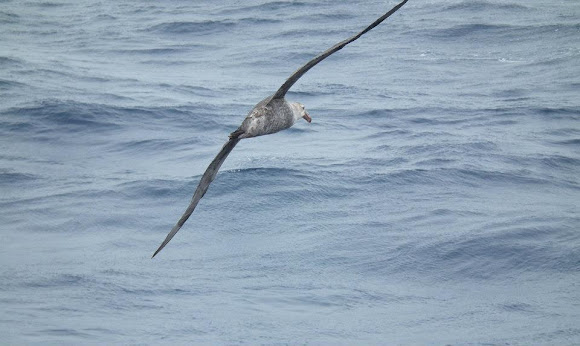 Open ocean mainly, found in the Southern Ocean but not quite as far south as its counterpart. They generally don't go much further south than the Antarctic Convergence, and can be found quite far north in Chile, South Africa and Australia.

We saw these ones much less than the Southern Giant Petrel. I saw very few Northerns throughout my trip, mainly because we spent most of our time south of the Antarctic Convergence.